The biggest failure of the Goodluck Jonathan regime is, probably, its unwitting reconciliation of sworn enemies. This is not just a reference to the political alliances formed under the banner of the opposing APC—but to the fact that a number of Nigerians are now poised for the 2015 presidential elections in firm support of General Mohammed Buhari—a scenario which would have been unthinkable some ten years ago.

Of course, this doesn’t imply that the General, by himself, has not tried hard to gain his present spot. He contested for the office in 2003, in 2007 and in 2011—and he was firmly rejected by Nigerians at each instance. But this tenacity and experiential level is what gave him the overwhelming edge in the APC and resulted in his primary election as that party’s candidate.

But on a popular, nationwide level, Buhari’s third defeat in 2011 should have been conclusive of the firm rejection of his candidacy by Nigerians. In fact, at that time, the General resigned to his supposed fate and vowed not to contest for the office anymore.

There was reason for this continuous rejection by Nigerians. Buhari’s military regime between 1983 and 1985 took full advantage of the military nature of their government and struck a kind of terror in Nigerian hearts that had never been experienced before then.

Preceding military administrations had been mildly autocratic and rarely tyrannical. And not until Abacha’s brutal despotism did Nigerians begin to recover from the hangover of the Buhari regime. However, Abacha reigned for some 5 years and had time to spread his terror while Buhari—and his deputy, Tunde Idiagbon—had ruled for less than two. Yet, within those two years, the deeds—and misdeeds—of the administration would grow into a source of urban legends, based in both fact and fiction.

That so much effect could be generated from such a little space of time is indicative enough of how efficient the Buhari administration was.

But there are negative facts about the administration that cannot be denied by the present campaign: the suppression of criticism, intolerance for academics and intellectuals, outright rejection of human rights and the judicial process; and a vague blindness to misbehaviour by the administration’s supporters.

The philosophy behind most of the inhumane actions of the Buhari regime was summed up in the phrase “War Against Indiscipline” on the Victorian schoolmaster’s theory that the effective way to curtail an errant child was by a thorough whipping. And “a whipping” was what Buhari’s administration gave Nigerians in those two years. Unfortunately, “indiscipline” was whatever the man at the top referred to as indiscipline, and Buhari’s personal opinion on this became law.

This brute-force social engineering had its intended effect: the Nigerian society was cleaner, more orderly, more disciplined and less susceptible to corrupt influences. But forced behaviour can last only for as long as there was someone to enforce it, and this case was no different. As soon as the opportunity for relief came in the form of the Ibrahim Babangida coup, it was welcomed by the liberated hands—with its pseudo-civilian style, structural adjustment programs, free-to-air corruption and all the jazz.

In the face of public jubilation at his overthrow, Buhari went away quietly and the stories of his administration were passed down, with fear and trembling, to the next generation.

And so, Buhari’s file was closed and it was inconceivable that Nigerians would ever consider entrusting their fates in his hands. But then Goodluck Jonathan came along—and in the last four years, his administration has helped to cement Buhari in a messianic halo.

Today, there are many Nigerians who have lined up behind Buhari—not because he has earned the right, but solely because they are fed up with the perceived inefficiencies of the Jonathan administration. For them, Buhari has become a default candidate, simply because he is the only strong alternative to Goodluck Jonathan.

Of course, there are many Buhari supporters who champion his historical anti-corruption stance as a valuable requirement for the office of president, but these supporters conveniently ignore his historical inhumane actions—or sweep it under the rug of collateral damages. Buhari himself has not come out to apologise—hypocritically or truthfully—for the misdeeds of his administration.

In any case, these arguments about Buhari’s character are practically moot at the moment: now, Buhari has come to represent a flag for Nigerians who are strongly opposed to the continued administration of the present occupants of Aso Rock.

Nigerians may consider Buhari as the default alternative to Jonathan, but we still ought to make him work for his votes. He has old questions to answer, and new realities to deal with: an economic agenda in a globalised world—one far removed from the realities of the 1980s—for example. But maybe Buhari has no time for all that grammar, maybe he has simply come to continue his crusade against corruption through a new police state.

Is the removal of Jonathan’s inefficiencies worth the risk of a Buhari autocracy? Will Fela Kuti, Tai Solarin, Sam Mbakwe, Adekunle Ajasin, Ambrose Alli, Solomon Lar and all others who understand  the consequences of Buhari’s personal wrath approve this potential re-entry into the late 1980s?

These are questions Nigerians will probably have to come back to in 2019. Right now, a fair number of Nigerians just want Goodluck Jonathan out of office, and Buhari is their default option. As a friend says: “It’s a very dangerous place to be.”

But it’s also a desperate one—no thanks to President Goodluck Jonathan.

Ayo Sogunro is the author of The Wonderful Life of Senator Boniface and other Sorry Tales. A lawyer by profession, he also indulges in socio-legal philosophy on this blog. Interact with him on Twitter via @ayosogunro.

Get “Sorry Tales” on Amazon/Kindle: 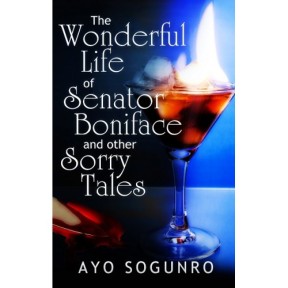 Or if you’re in Nigeria, on Addiba and Konga too.

24 thoughts on “BUHARI AND THE NIGERIAN DESPERATION | by Ayo Sogunro”