Today, we’ll talk about women —because we like women a lot on Idlemindset and also because, recently, it has been a trend on the social media and blogging circuits to decry rape, violence against women and other forms of abuse against the feminine sex, and we are eager to lend a voice to this crusade. You can read some enlightening and heart-aching articles here, here, also here and here. And unless your heart was formed from a one night stand between a chunk of diamond and a piece of granite, you would whip out your anti-rape cutlass and go after the heads of rapists with the vengeance of a traumatized father.

The punishment will be made to fit the crime—like a well tailored glove.

Of course, there is nothing funny about rape, and so we will address this issue with the level of sobriety it deserves—with plenty cussing and wanton spitting. So if you can’t cuss and spit where you are, just fix an expression of metaphysical seriousness on your face while reading this post, and it will be quite appropriate for the occasion. 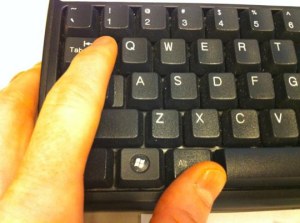 Also, keep your fingers on Alt+tab and your boss will be none the wiser.

Now, most religious and social philosophies firmly place the blame for rape on the feminine of the human species—because, you see, intelligence is neither spiritual nor cultural. And, also, because gods and men have never heard of male rape. But that fucked-up mindset has found less ground today. Women, having wised-up in this current civilization, have, equally been eager to serve a blame backhand to the male of the species for being incontinent assholes. And so the blame game between men and women goes back and forth—because, you see, intelligence is also neither masculine nor feminine.

But, let’s face it, men have the weaker bargaining position.

But, today we want to shift to another set of people who inspire the fucked up mentalities that allow violence against women: some other women. And by “women”, we do not refer to that hot girl in a tight bikini; but to the general category of females who are the first to cast stones against their fellow women on issues of gender relations and violence against women. You know those kind of women: the ones with the “serves you right” mentality.

“Go ye into the world and judge all hos. Yep. that’s how Jesus said it.”

These are the kind of women who promote laws that limit women’s freedom of dressing and appearance, or promote ideas like this insane website geared towards returning women to the era when a man can marry a woman by simply carrying her off  the streets and into his house. But not all women are as straight-up treacherous as to sponsor a law against “indecent” dressing or promoting an association to suppress female progress. Most times, encouraging violence against women is effected in the most subtle of ways—through the wacky gender philosophies that women teach their children and also through the promotion, by women, of what Wikipedia calls: ideologies of male sexual entitlement.

“No honey, there’s no bikini for you. Good girls wear gowns to the beach.”

Children are born without any impressions of male and female norms; but society, through the parents, impresses them with relevant social discrimination.  This discrimination includes ethnic, national, race and gender types. And, if we consider the stereotypical—and abominable—nonchalance of fathers in child-rearing, we can encourage mothers to take advantage of their roles by positively influencing the mindset of children on gender relations.

A male child who grows up with the impression that men are superior to women or that girls who dress expressively are sluts, available for his taking, will eventually mature into the kind of man who takes provocative dressing as an excuse to rape a woman—or even children. And a girl who is taught by her mother that she will be raped if she dresses sexily will have no sympathy for women who get raped. Instead, she will advise the female victim to dress more decently and to accept the female role of subservience. But, that is the fucked-up thing about rape—no excuse can, or should be allow to, justify its existence.  Instead, maybe the most appropriate way to rehabilitate a rapist is to chain him up in a room with photographs of naked women until he learns that the mere existence of something does not make it available for the taking.

“If its on display, then it must be free of charge.” Wrong.

But men in general, and rapists in particular, cannot understand that fundamental logic that a woman’s body is her body and nobody else’s until women themselves begin to drum this fact into men’s heads—in both ways. A woman’s body is not for her father, not for her brothers, uncles, nephews, boyfriend, husband, society nor God.  Yes, God is included in this list because—the last time we checked, the Big One is not interested in the maleness or femaleness of a human body. On the plus side, at least someone got arrested for stating that Islam permits rape.

The punishment was a lap dance from gay prostitutes.

And that’s the lesson today for you moms, and you dads. The more you encourage the idea that women who do not cover themselves from head to toe are definitely inviting sexual abuse, the more you give an excuse to rapists to commit atrocities. More importantly, women owe their own gender a duty to fight against legal, religious and social norms that repress women and give men the excuse to be physically abusive.

44 thoughts on “IDLEMINDSET | GIRLS, WOMEN AND EVEN MORE FEMALES”