If there is any single entity that has managed to generate the ire of Nigerians across all tribes, religions, social circles, age groups, education levels, and job descriptions and unite all of these in undisputed bitterness, anger and regret directed against the said entity on a level of distrust even worse than any government in power; if there is any symbol of tyranny and greed and exploitation in Nigeria on a level even more villainous than that of Shell in its decades of raping the Niger Delta; if there is one single entity who can be picked to have fucked up even more people’s best laid plans in a decade than NEPA did in 30 years, then that entity has got to be M-T- freaking N!

Warning: Never, ever mess around with folks who knockdown the government, Shell and NEPA combined. Just leave it to God.

I’m one of those people who think of a phone as useful either for receiving information or giving it and for little else. No time for frills talk, howyadoing and other chichat, a behaviour that has caused me reprimands from family, friends and lovers. This is partly due to my nature and partly due to years of MTN per-minute payphone conditioning which has perfected the ability to trim down phone conversations to the barest inescapable information in a bid not to pass the minute mark.

Take WAP/GPRS/3G for example. For those in the know, the early days of mobile internet was a continuous battle to enjoy the pleasures of the mobile net (ordinary WAP!) without handing over the standard fee of one left eye which MTN demanded in the form of payments per kilobyte. With the aid of resourceful folks who were adept at kicking MTN’s ass VIA web access protocols and the ever wonderful, hackable Opera Mini, new codes were made available every week through which you could cheat MTN of a few hundred Nairas and browse for free. It wasn’t a case of not wanting to pay the money, it was one of necessity being the shove-mistress of invention.  You see, in those early days of mobile internet, the only people who cared enough for the new technology were students and geeks who could not afford even the call credit, much less the internet costs. The hacking was not stealing, it was protesting!

Every kilobyte downloaded, every page opened, was a giant blow against oppression and a victory for the victimized masses everywhere, in every age.

Even worse than the network charges, is the situation when the network just fails for no apparent reason. You’re willing to pay the call costs, you’ve loaded up your phone, you don’t mind the charges, all you want is just to make a phone call. In fact, you’re willing to trade a week’s worth of credit for just this one important call. And you can’t make the call! There’s network on the phone, there’s credit on the phone, everything looks all right on the phone and yet: “the number you are trying to call is not available at the moment” for no reason at all! No fucking reason! All you’re asking for is to be able to make “just this one call”, for a few minutes, but MTN simply frustrates the will to live out of you.

Maybe the hefty fees MTN pays the government and its regulators is responsible for the don’t-give-a-damn attitude displayed by the company, maybe its the lack of any serious competition, maybe it has to do with the general willingness of Nigerians to take any shit it lying down, I don’t know. What I know is this: I’ve had a rough deal from MTN, and whatever they’ve thrown as “bonuses”, from midnight calls to free MMS has not done jack to make me feel I’ve received a fair bargain. The only reason I’m yet to toss out my MTN sim-card is because the competition is hardly any better and I’ve gotten used to the rough treatment. The co-authored story: The Robots of the Corporate World was my only attempt to take down the network via literature. But MTN ignored the story. 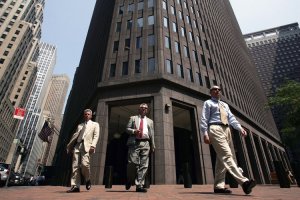 And that’s why when this weekend I realized that apart from the monthly 3k charge for my BIS, I had loaded little credit and yet I had over a 1,000 balance on my phone, I had a shock.  MTN had actually been giving me money for almost a week.  Most of my phone calls had been on the bonus, same for text messages. I was not even aware that any promo was in place, I’d long given up on MTN’s so called promos. But I noticed this one, because that shit was working. I was actually beginning to enjoy using MTN, it was scary. No hang ups, no failure to connect, no me giving the middle finger to nothing in particular.

The nice guy part of me has been eager to believe that someone in MTN has found Christ, become born-again, sold his property, given the proceeds to the poor and turned over a new leaf, but that stuff never happens except in Mount Zion videos. Nobody goes from being Lex Luthor to Superman without a gun sticking in the small of their back—and something like that is what a friend and I think happened to MTN that made them so nice and well behaved in the last few weeks. Here’s what I think really, really happened.

As imaginatively told to me one fine Sunday afternoon…

After unsuccessfully trying to synchronize timing and location during one of their dastardly missions, BH council members got together to vent their frustrations over the network.

One of them stood up angrily: “Guys! We are the terrors of the North and yet MTN kicks our teeth in every time, and we do nothing about it! MTN is worse than having pork for lunch during Ramadan!”

“Patience, Abdul,” said the gang leader.  “MTN is no ordinary company. Remember, MTN is far more powerful than the government, Shell and NEPA combined together. We have to be very careful here.”

“I know this, my lord. But with your permission, I will kidnap the CEO and shake him up a little. If we succeed in scaring him, he will definitely roll out a new company policy. I swear, I will resign from this Boko Haram instead of allowing that network to kill me.”

“Hmm, Abdul, many of our men have been frustrated because of this failure to connect. You have a point. I am tired of this MTN wahala myself. Ok, do what you have to. MTN must work or they will pay for it.”

And that, ladies and gentlemen, is how you get to have some free money from MTN.