In the last one week, there’s been plenty of evils afoot. It seems that everything went haywire just because we took a one-week break from blogging. Take a look at the list: pardons were granted irresponsibly to criminals, a pope was elected faster than we could watch the smoke, comedic memes were exploding across the naijanet,  and Jim Iyke wore shorts to some sort of movie award. 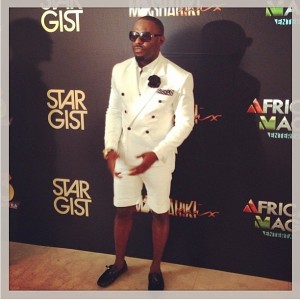 In which he carefully demonstrated the size of his balls to the audience.

We’re so sorry about all of that. We’ll try hard not to let things go bananas again. But, meanwhile, today we will examine the pardon issue—by kicking you in the shinbone, and waking you up to the realities of Nigerian life. If you’re a Nigerian and you don’t know what we mean by “the pardon issue”, then get off the internet and go weep in a corner. If you’re not a Nigerian, then just read this Wikipedia article to get you started.

You will also need the intestinal fortitude required to handle a great deal of bullshit.

Of course  some things have not changed. The current president of Nigeria is still pulling stunts of the most incomprehensible kind, the first lady is still doling out cash to law school students, and the defenders of the president are still defending the president. 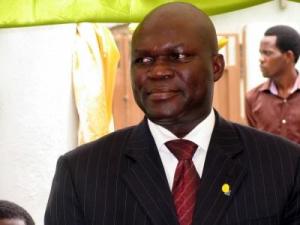 But despite all these,  it has actually become harder to criticize the president—not because there’s been a reworking of government thinking—but because things are so screwed up you won’t even know where to begin the untangling anymore. So, instead, we tend to treat the president like that negligent boyfriend of yours: you don’t mind if he continues to screw up as long as he pays lip service to the relationship.  And we rest content in the knowledge that sometime, very soon, we will kick him out. 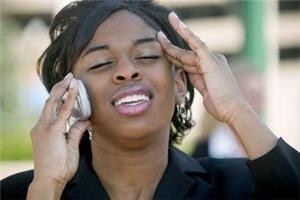 “I know he’s an asshole, mom, but he brings me goodluck.”

But despite all of these allowances, the government isn’t content with your indifference. Instead, the government is intent on raping you as painfully as possible. And so the aforementioned Goodluck Jonathan, in another logically incomprehensible action, pardons Diepreye Alamieyeseigha (of late, an ex-convict and a felon) in a way that is essentially GEJ grabbing you by the shoulder, spinning you around forcefully and shoving his big black butt in your face in a grand “kiss my ass” gesture. 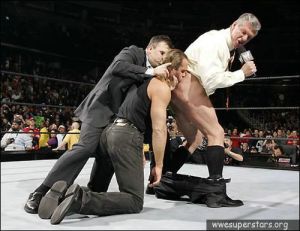 Result: the insult is more painful than the injury.

And that’s very very painful, because you got served, citizen sucker!

Whether as a society or as individuals, folks enjoy the feeling of importance. And therefore, a primary reason for ranting against GEJ’s pardon is because he thumbed his nose at the general opinion of the public-–and he made no pretense about it. Of course, strictly speaking, few Africans expect the government to toe the line of the people, but there is an ingrained comfortable illusion that the government bothers all the same. We like to think that, as citizens, we matter to our government. And as a general rule, most governments also try to pretend that their citizens matter to them.

Judging by mottoes alone, we have the best public services.

And so GEJ pushed aside that illusion and put us in our place. He made it clear that he doesn’t owe the Nigerian public any apology. He’s right to an extent: you cannot fault the legality of the pardon; the average citizen is not directly affected by the criminal record of the beneficiary of the pardon; and according to news, the people of Bayelsa are jubilant over the pardon.  But still, you say, GEJ is “our” president. He ought to listen to us and consult us—especially in this fight against corruption.

“He didn’t even tell us before he signed the document.”

And that’s your lesson for today: as a Nigerian living under a Nigerian government, your opinion is irrelevant. Get used to this idea and stop being a crybaby. While there is no guarantee that another government will perform better, there is the singular fact that this government really doesn’t care. As much as it gives some emotional release, ranting will not change the mediocrity of government. It will highlight and showcase it, maybe. But it won’t change it. The government is only stirred by the action of the people, not by their opinion. The best you can do, in the absence of any action, is to laugh—hard and long at the comedy of our own existence.  And speaking of laughter:

“What do you mean I should not grant a pardon to my Oga at the top?”

No, we didn’t forget our comedy event of the year. You see, when the gods declare that you are destined to become a meme, nothing in this world can stop it.